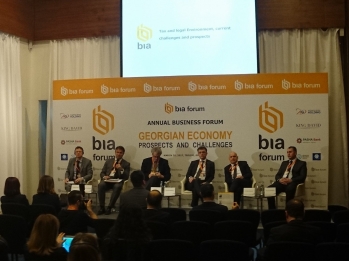 Mr. Alexander was one of the speakers, who gave a speech regarding the legal environment in Georgia. “The legislation that regulates business activities is acceptable. Though, the economy is not developed properly. The legislation defines the prospects of development in the country"- he stated.

The participants focused on the issues such as infrastructure projects, economic growth, financial markets, development of venture capital and credit ratings.

The forum was attended by the local businessmen, as well as the representatives of various international financial institutions.In frame of B2B meetings the Georgian companies made presentations of their projects and discussed the perspectives of cooperation with the foreign investors.